Since after the summer of 2014, the Open Government in the EU blog is keeping a regularly updated overview of news reports related to transparency and access to documents in the context of the EU. News reports are collected through quick scans on Google news and the most relevant websites.

While this news scan is in no way exhaustive or fully systematic, it does provide a nice overview of the direction that the transparency debate is taking over a period of months. The aim is therefore to present to our readers, next to the news roll on the right side of the blog, a three-monthly overview of all reports collected, beginning with the final months of 2014. Suggestions for additions or current news are warmly welcomed, via the twitter account @MZHillebrandt.

END_OF_DOCUMENT_TOKEN_TO_BE_REPLACED 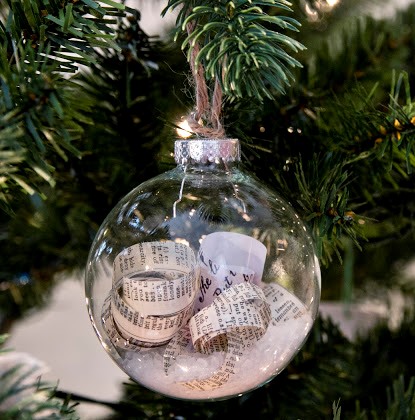 overnment in the EU blog wishes its readers happy holidays and a clear vision in 2015!

The fourth Global Conference on Transparency Research will take place in Lugano from 4 to 6 June 2015. A conference website with all necessary information has recently been opened.

The GCTR is a conference that assembles leading academics, policy makers, and interest group representatives to “discuss current policies on access to information, transparency relationships among government entities, transparency dynamics between public and private and non-profit entities.” Previous editions have seen transparency research in contexts as diverse as the United States, the European Union, South Korea, and Kenia. The first global transparency conference was held in Newark in 2011. Prof. Albert Meijer of the Open Government in the EU team hosted the conference at Utrecht University in 2012, while the third conference was held in at the HEC in Paris (2013).

Deadline for submissions is 15 February 2015.

Website of the Fourth Global Conference on Transparency Research 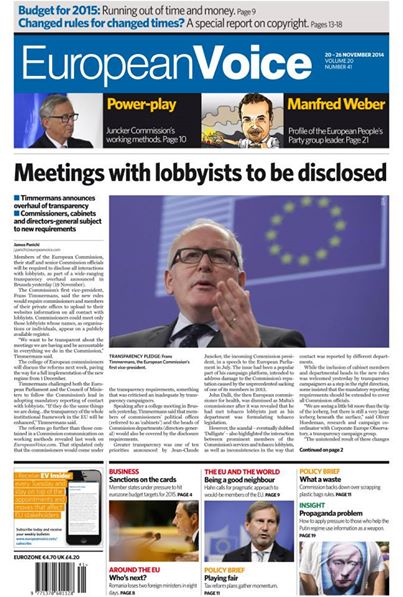 Within a month in office, the incoming Juncker Commission announces its first tangible steps to increase disclosure relating to its lobbying contacts.

In an interesting move, Commissioner Timmermans (Better Regulation) two weeks ago circulated an internal note, which was soon leaked to the press, explaining the pending change. The note argued that “while contact with stakeholders is a natural and important part of the work of a member of the Commission, all such contacts should be conducted with transparency and members of the Commission should seek to ensure an appropriate balance and representativeness in the stakeholders they meet.”

As a consequence of this line, the 28 members of the Commission will be required to disclose on their websites all contacts with lobbyists as of 1 December. The EUObserver quoted Timmermans saying: “I think we have moved to a situation now where the public says to government ‘show me!’ And we want to show you”.