The draft law, drawn up by members Marit Maij and Anne Mulder, respective members of the then-ruling coalition parties the Social Democrats and the Liberals, intends to regulate the government’s information duties towards the Dutch parliament where it concerns European Union decision making. Whereas the parliament’s right to be informed already existed under Article 68 of the Dutch constitution, it is up until now dispersed in various pieces of parliamentary proceedings agreed at various points in time. The current draft law for the first time sets out to formalise the government’s information duties, codifying existing agreements and adding new ones. As the explanatory memorandum clarifies, information provided to the parliament should in principle be available to the public and open for public parliamentary debate.

END_OF_DOCUMENT_TOKEN_TO_BE_REPLACED 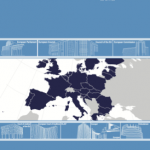 The report, which covers most of the European institutions and a number of key agencies and bodies in 246 pages, seeks to provide the state of the art in the EU’s laws and practices with regard to integrity issues. Among other issues of good governance, it traces the rules and practices that are in place with regard to transparency and accountability, both of which are discussed separately for each institution.

END_OF_DOCUMENT_TOKEN_TO_BE_REPLACED

Parliamentary disobedience in the the eurosceptic UK strengthens democratic oversight in the EU.

On 4 Februari, an op-ed article by professor Deirdre Curtin of the Open Government in the EU project, entitled “How the British are making the EU more democratic”, was published in Dutch daily Trouw. The article (in Dutch) is reproduced below. By clicking on the image, the picture is shown in a larger version.