On 28 September, the General Court delivered its judgment in the access to documents case of Professor Leino-Sandberg against the European Parliament. The final judgment of this multiple-year, multiple-judgment litigation saga is discussed by Anastasia Karatzia.

END_OF_DOCUMENT_TOKEN_TO_BE_REPLACED

Ongoing legislative trilogue negotiations expected to see a tug-of-war after Council favours a roll-back of a more ambitious Commission proposal advanced further by European Parliament amendments. At stake is the transparency of national controls of fisheries’ compliance with EU quotas.

END_OF_DOCUMENT_TOKEN_TO_BE_REPLACED

An article by TrUE researchers Maarten Hillebrandt and Päivi Leino-Sandberg was recently published in the Journal of European Public Policy. The publication analyses the role played by the European Ombudsman and the Court of Justice in overseeing the fulfillment of transparency obligations in trilogue negotiations.

END_OF_DOCUMENT_TOKEN_TO_BE_REPLACED 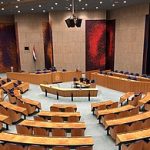 On 20 February, the Dutch parliament adopted a motion concerning the EU’s transparency policy.

The motion underlines the fundamental democratic importance of transparency as well as the risk-sharing and redistributive character of the Eurozone, followed by a request to the Venice Commission to issue an advice on “possible shortcomings and possible improvements to the democratic oversight of the European Union and the Eurozone by the Dutch parliament”. In particular, it requests the Venice Commission to focus on transparency of the legislative process, particularly trilogues, the EU’s budget and other financial resources, the Eurogroup and the ESM, the ECB, and the oversight of financial institutions under the Banking Union.