A new article i 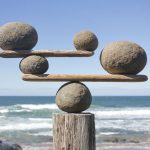 n the Journal of European Public Policy takes a closer look at the purported trade-off between transparency and efficiency.

The tension between transparency and efficiency in the context of the Council of the European Union is as often invoked as it remains unclarified. In a new article in the Journal of European Public Policy, Stéphanie Novak (Ca’Foscari University Venice) and Maarten Hillebrandt (Bielefeld University) ask to what extent these two sources of legitimacy are really incompatible as is so routinely claimed, by exploring the premises and the coherence of the trade-off argument. They argue that the argument is unclear at its core because of the multiple meanings of efficiency. Upon a closer examination of the logical premises of the various claims postulated in defence of the presence of a trade-off, they further find that while the trade-off is in some instances more plausible than in others, transparency does not necessarily threaten efficiency and can sometimes even increase it. The presumed correlation between secrecy and efficiency, on which the trade-off is implicitly based, can also be questioned, not only on theoretical but also on empirical grounds. The authors conclude that, all in all, the trade-off argument forms a generally contingent and often questionable basis for limiting transparency.

The article can be accessed here.