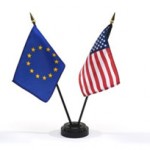 The official line up until the disclosure had been that unauthorised disclosure “could be disadvantageous to the interests of the European Union or of one or more of its Member States”, as it would reveal to the negotiating partner what hand the Commission negotiators would be playing with. However, increasingly the reverse appeared true as well – that, as public opinion was mounting against the talks, its outcome would be met with distrust irrespective of its content.

In light of the earlier insistence on the risk that disclosure would entail, the sudden disclosure, while politically perhaps unsurprising, calls up questions about the functioning of the legal arrangements governing access to documents. Regulation 1049/2001 which addresses this matter, stipulates that the widest possible access should be provided. This has been interpreted by the courts as requiring a narrow and  sufficiently justified application of exceptions to the public right of access. Given that none of the circumstances in the negotiations appear to have changed, the sudden disclosure sparks the question why disclosure could not have taken place earlier, and whether this constituted an instance of maladministration. This is a question that is still being investigated by the European Ombudsman.

Interestingly, the mandate itself contains a provision on transparency. Paragraph 40 of the document mentions the desire to include measures that ensure openness vis-a-vis stakeholders, as well as the publication of general rules and measures and their application in practice. Another controversial and oft-criticised elements of the trade talks is engendered by the TTIP’s future dispute settlement mechanism which, it is suggested, might make governments vulnerable to private companies seeking to recover hypothetical future losses incurred because of public policies (e.g. in the area of health and social welfare) deemed too interventionist. Paragraph 45 on dispute settlement however tells us nothing in this respect.